Just because I’m a librarian doesn’t mean I have to dress like one!

The daughter of  “two African-American parents of mixed ancestry,” Belle da Costa Greene, while identified as “colored” on her birth certificate passed as white for most of her life. Declaring herself ancestry as Portuguese, she tenaciously pursued her ambition to become a librarian. Working first at Princeton, where she received her training, she became financier J.P. Morgan’s librarian in 1906, a post she held with great distinction for decades.  From a young age, Greene had fascination with illuminated manuscripts. She organized Morgan’s collection of rare books and manuscripts, often pursuing purchases with great zeal at auctions and abroad.

Her dress was no less distinctive than the woman herself.  Greene routinely wore fashionable gowns, brilliant jewelry, violet corsages, and extravagant hats.  She wore Renaissance-styled gowns, festooned with jewels, outfits no doubt enhanced by her penchant for waving silk handkerchiefs while she spoke.  Contemporary descriptions frequently note that she dressed like a “society girl.” 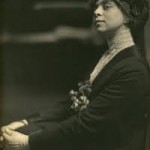 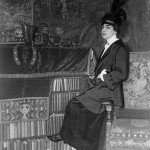 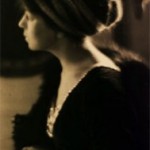 When long time lover Bernard Berenson gave her some Fortuny gowns, items Belle only wore at home, she remarked “I feel very oriental and dreamy and as if I had no bones.”  The Fortuny gowns famously freed women from the constraints of corsets.