When he decides to do something, he picks the most cutting-edge, most interesting person in the world to do it with, Geoffrey Marsh, curator of the exhibition David Bowie is that opened at the Victoria and Albert Museum. 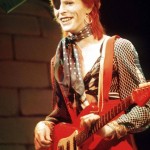 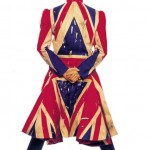 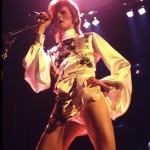 Is there anything David Bowie hasn’t worn or can’t wear?  Can any rock musician claim to have outdone him in the range of looks he’s assumed?  Glam, Mod, Romantic, Soul, Hippie, Modern, Berilin—David Bowie is the ultimate self-inventor of rock.  Throughout his career Bowie has collaborated with designers, among them Michael Fish, Kansai Yamamoto (creator of many of the Ziggy Stardust costumes), Natasha Corniloff, and a young Alexander McQueen.  No less wide-ranging are his musical and artistic explorations: while on the Diamond Dogs tour in the US he went to see Marvin Gaye, the Temptations, and the Spinners; in Berlin he studied the music of Brian Eno, writings of William Burroughs and art of Salvador Dalì. These photos don’t begin to capture the kaleisdoscopic range of his looks.

If you get a chance to see the exhibit, David Bowie is, go! I saw the show in Toronto and was transfixed. It features many of his flamboyant costumes, lyrics to his songs and their immediate influences, his paintings, music carefully tuned to each phase of his career.  Bowie was always one step ahead, adapting and soaking in everything that interested him. 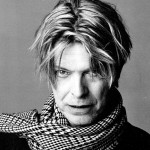 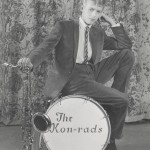 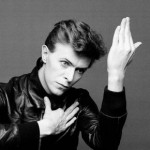